REVIEW: ‘Inside Llewyn Davis’ Sings the Strange Allure of Melancholia 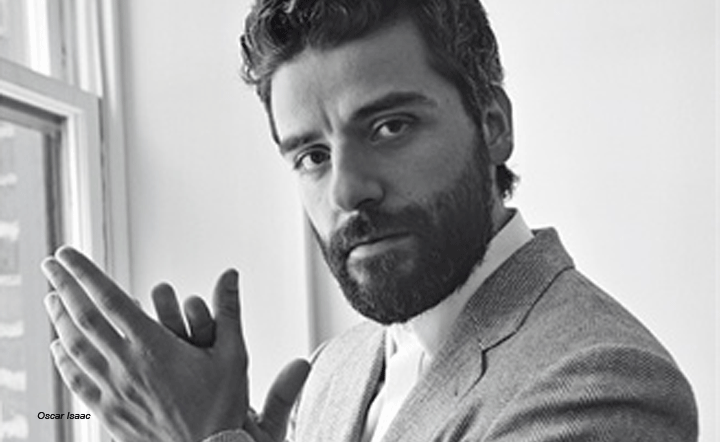 The Coen Brothers are like a great luxury-goods brand: This season’s style might not be your thing, but they never make crap. They have built that brand more deftly than any other filmmaker in Hollywood: they have remained respected mavericks throughout their careers; they have never raped budgets no matter how much a previous film made; they have consistently won the game every auteur director tries to keep in play: make one for the studios, then one for yourself, make one for studios… All you need do is look up their filmography to see the Coens are the Roger Federer of this tricky back-and-forth: first came No Country for Old Men and Burn After Reading (both studio), then A Serious Man (personal), then True Grit (studio), then Inside Llewyn Davis (personal, and what a gorgeous little gem it is).

I don’t recollect when I’ve seen a film that I left the theater ambivalent about simply because it didn’t knock me off my feet as a roller-coaster piece of entertainment, only to wake up the next day passionately in love with it. A lot has to do with the last sequence, which ties up the intentionally meandering narrative — it is about a drifter, so that meandering turns out to be meta, and the end quietly surprising. Once I’d overcome my initial head-scratching “Hmmm…” as the credits rolled, I revisited the salient elements of the film in my mind and decided that it was the sort of elegant, deceptively easy-breezy achievement that only masters of a craft can pull off.

A companion piece to one of the Coens’ masterpieces, Oh, Brother Where Art Thou, the film follows a week in the life of the eponymous folk and blues musician, played by Oscar Isaac, as he couch hops around New York trying to reboot a career that never really took off in the first place. Shunned by friends, family and colleagues, he almost gives up and gets ‘a real job,’ but fate has other plans for him. Just as well: it’s 1961 and folk music is about to hit the mainstream and pay off. Still, monetary success will forever elude Llewyn, but money and status are not the measures of a true artist’s success. (Another nod to Oh, Brother is the references to Homer’s The Odyssey.)

Strictly speaking this is adapted material; the Coens have taken several real-life narratives and mashed them together. The result is also a mashup of their own films: This is Oh, Brother meets A Serious Man in the meditative style of The Man Who Wasn’t There. Llewyn himself is based on the folk musician Dave Van Ronk; the plot follows his life closely, albeit with collapsed events. (After you have seen the film, I suggest you refer to this piece in Slate, which details the real people the characters are based on.) The real album by Van Ronk on the left, the film’s on the right.

Justin Timberlake and Carey Mulligan play Jim and Jean, a duo inspired by real people of the same name, whom apparently we’ve met before as Mitch and Mickey in the mockumentary A Mighty Wind. Both Timberlake and Mulligan are such delightful screen presences, fluid and mesmerizing — it’s worth the price of admission just to see how great Timberlake looks in a beard as a proto-hipster. Their facile charm serves to underscore what a hardnosed jerk Llewellyn is. The film asks a few times if theirs is the type of engaging personality it takes to succeed in the arts, to which I, as an artist who has in the past been diplomatically called “not a people person,” would reply, “Yes and no, but unflagging charm certainly doesn’t hurt.”

I’m bringing my own experience into this review because any professional creative will recognize Llewyn’s struggle, and likely squirm in his seat while watching it, as I did. He is unable to compromise, unable just to ‘exist’ like other members of his family who have towed the line their whole lives. But when he gives up and attempts to get a ‘real job,’ life itself rebuffs him and turns him back to his vocation.

This has happened to me before. Probably the worst thing I did for my real career was to leave the arts and become a corporate communications generalist for five years in my thirties. The only person who didn’t think I’d lost my mind, or who wasn’t saddened by my self-betrayal was my mother; like Llewyn’s family, she was the primary motivator for my decision to take that detour away from my true vocation. Luckily, fate pulled me back to what I should have been doing all along. Not every artist is so lucky, particularly in the U.S.

I liked Oscar Isaac as Llewyn and found him to be believable as the stubborn artist whose reality and aspirations are clashing with the world at large, even with those who try to share and mitigate his struggle. However, performance in any Coen Brothers’ film is always constrained by their American Gothic aesthetic. They require absolute deadpan, a relaxed, natural expression that isn’t so much effortless as it is anti-effort. It’s impossible to judge a relatively unknown actor’s abilities based on his performance in a Coen Brothers’ piece; you’d have to compare his work in films by directors who demand a broader range of emotion, that force an actor to step outside his comfort zone. I have not seen Isaac in another film to make that comparison. He seems to have sung all of his songs, too, and without knowing much about singing voices or folk music I would say that he acquits himself admirably, not phenomenally, but that’s sort of the point: Llewyn has talent, but is no musical genius.

As a screenwriter who can revise and work on a script for years — not constantly over that period, of course — I’ve always been both amused and irritated by the Coens’ cavalier attitude about scriptwriting. They seem to think it’s the easiest part of the process. Great stories and dialogue come to them innately, but they are also blessed with the sort of creative partnership that the rest of us can only envy because it makes you stronger as an individual artist working within a collaborative medium. You’re going to have to muck in with a group of creatives to pull off a film, you can’t do it all yourself, so you’d might as well team up with your brother or a best friend; he will have your back at all times, you can bounce ideas off each other more easily without anyone’s ego as an obstacle, and he will never let you fail by letting you off lightly when your work can be improved — your crap is his, too. That the Coens regard scripting so lightly is because each one only shoulders half the burden of the process at any given time. And as Llewyn attests, it is a process of which they are virtuosos. It was interesting to see the trailer for Wes Anderson’s upcoming The Grand Budapest Hotel in front of Llewyn. Anderson’s style is campier and more extreme but it is certainly reminiscent of early Coen Brothers movies like Raising Arizona and The Hudsucker Proxy, particularly in terms of the stylized deadpan performances. I find Anderson’s brand of pop-up-card filmmaking unwatchable — I cannot connect emotionally, I don’t find him in the least bit witty, and his films are about nothing more than noise and shits and giggles. But I am in a small minority with this assessment. Llewyn shows just how far evolved the Coens are from their early work: I did feel the lead’s suffering and frustration; I did chuckle when I was meant to; I did think the film was about something, and that something is deeply related to my particular experience.

Hats off to Bruno Dubunnel’s stunning, intimate, simple cinematography. The lighting choices and the coloring of the film in particular added so much to the drama that they should get credit as characters themselves — I don’t know if it was the filters used on the lenses or the grading process in post-production, or both, but it looks exquisite, as do all Coen Brothers films, but this is so different from the rest. The sets by Jess Gonchor are also subtle, genuine and complementary to the photography.

There are none of the dramatic pyrotechnics in Llewyn that we have come to expect from the Coens. Knowing them, they probably play with our anticipation that something histrionic and operatically gory is going to erupt at any moment. But it never does. Again, at first that feels like a letdown, but then you realize they have bested the best of esoteric European festival cinema, and you wake up the next day to appreciate Llewyn for the solid classic that it is. As an Ameropean filmmaker who prefers the American way, I applaud this. As a filmmaker who is Llewyn Davis to the Coen Brothers’ Bob Dylan, I am moved and impressed that they have seen fit to tell my story, too.

Why Paolo Sorrentino Is and Isn’t the New Fellini