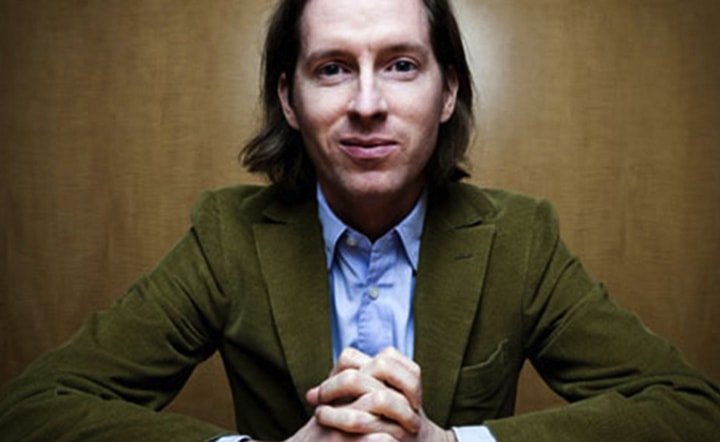 I am shivering all alone way out on a frozen tundra with this opinion. The New York Times has made The Grand Budapest Hotel a Critics Pick. I seldom disagree with them on their picks, but I can see A.O. Scott’s reasoning; to understand the film properly, in particular Anderson’s reference to Austrian writer Stefan Zweig, one should read Scott’s review. However, I strongly believe a film should stand or fall on its own merits, not on references to esoteric early-twentieth-century European literature or Ernst Lubitsch films. Budapest Hotel is so utterly devoid of emotional connectivity or relevance to the human condition that I wanted to leave after twenty minutes of being subjected to that relentless, confection-colored madcapness.

The Internet rose in a joyous froth when the trailer for Budapest Hotel came out. If you are one of those who loved the trailer and couldn’t wait for the film to be released, you will not be disappointed. If you thought Moonrise Kingdom was a pleasure, then you’ll be rolling multiple orgasms over this film. Anderson has not let his fans down. Far from it — he exceeds expectations. And for that he has my full admiration.

A.O. Scott rightly points out that Anderson is one of “very few American filmmakers with the ability to articulate such an original, idiosyncratic vision and the means to express that vision so freely.” I absolutely agree with that statement, but I’d also have to counter that most of us have no desire to be that original and idiosyncratic. No, not even Woody Allen, another American auteur, a filmmaker I believe deserves the title of auteur for more subtle reasons than just an in-your-face visual and presentational-acting style. I would feel I have failed both the subject and my audience if I drew so much attention to the way the film is made that the way it is made becomes the greater part of the film itself. Someone needs to explain the point of Budapest Hotel to me, I guess. But don’t bother. If a film needs explanation for its existence then it has failed. Again, this judgment is made according to my severe criteria for what works in filmmaking. If you consider a triple portion of cotton candy to be a satisfying meal, then pay me and my stodgy criteria no mind.

It’s not as if I dislike absurdist filmmaking; I could not sing the praises of Paolo Sorrentino’s The Great Beauty loud enough. Give me a wacky Korean film and I’ll buy two large popcorns for it and chew with my mouth open from glee. I believe I also have a reasonably keen sense of humor. But I haven’t been able to get behind a Wes Anderson film since The Royal Tenenbaums, when he veered away from his responsibility as a storyteller, one who is lucky enough to be allowed to make films that he likes, into this cinematic solipsism whose sole purpose is to enhance his own brand, to keep him cool.

It’s the same problem I have with Tarantino. I don’t mind if you have a distinctive style at all; in fact, I applaud you for it, I am envious of you. But the meaning and purpose of the narrative should in no way be subservient to that style. You are trying too hard. You are copping out by covering yourself with noise. Your fear of being uncool is hanging out like a ham bone, and you’re making me want to beat you up for being such a geek.

The first and most egregious cop-out in Budapest Hotel is the overuse of voice-over narration — of course, that overuse is deliberate in a fairy-tale way, and that should neutralize my objection, but it doesn’t. Worse, there’s more than one narrator. It begins with an aging writer (Tom Wilkinson) in 1985 narrating from a set that looks like hispter’s dream abode. He remembers when, afflicted with writer’s block so acute it was a “form of neurasthenia,” he visited the Grand Budapest Hotel in search of a cure. The voiceover baton is handed from a younger version of the writer (Jude Law) to the hotel’s proprietor, Zero Moustafa, played by F. Murray Abraham, the only actor in the film who isn’t overwhelmed by silliness masquerading as cleverness. Moustafa recounts how the lowly refugee lobby boy that he was came into possession of the hotel, a tale that centers around Gustave H. (Ralph Fiennes), a metrosexual concierge with a taste for wealthy octogenarian blonds, romantic poetry and heavy cologne. Anderson’s visuals are inventive, and there are genuinely clever references made to pre-War European art, architecture and graphics. The greatest hindrance for my appreciation of the director’s work in general is his relentless use of wide master shots and wide-angle lenses for close-ups, as well as the presentational, melancholy marionette performances he asks from his actors. The upside is we’re allowed to admire the detail of Adam Stockhausen’s intricate sets; I can’t imagine there is any production designer who is more thrilled with the attention his sets get than one working for Wes Anderson.

Ralph Fiennes is at the top of his game. He exudes genuine, marrow-deep eccentricity. Anderson’s words tumble and cavort from his mouth like the most accomplished Cirque du Soleil acrobats. The scatterings of vulgarity in Gustave’s otherwise hyper-refined dialogue are genuinely chuckle-worthy, but never as outright funny as intended. And that’s not just my lack of appreciation for Anderson’s style; I saw Budapest Hotel at a ‘sneak preview’ at the Arclight Hollywood — i.e. with true Anderson fans — and there weren’t as many laughs as the director was clearly digging for. This is because the humor is ultimately puerile, unsophisticated and broad, the intellectual depth hovering around the level of the smartest kid at a third-rate prep school, a tone Anderson established in Rushmore. It is also too much, too fast to allow appreciative laughter to catch up with it, like you’ve been force-fed a gourmet meal at such a pace you’ve had no time to savor it.

Rushmore remains my favorite of Anderson’s films. I wish he would make more like it, with the same character arcs, the same longing, the same sense of triumph, the same emotionality, the same character connectivity. The Royal Tenenbaums also spoke to me in a peculiar way — I believed I knew that upper-middle-class New York family well — even if it was the first example of Anderson letting that excessively quirky, robotic style take over the narrative and pathos. It was with The Life Aquatic with Steve Zissou that the director and I parted company, when I saw that stylization and relentless proto-hipster irony were attempting to mask the fact he had nothing substantive to talk about — Rushmore is as honest, authentic and open as he’s ever going to be. Forget Darjeeling Express; I can’t even talk about that. It was with Fantastic Mr. Fox, my favorite next to Rushmore, that Anderson reopened his dialogue with me. Finally he was being honest: he makes live-action cartoons. If I look at it that way, perhaps I am less furious with Budapest Hotel; still, I enjoyed Frozen and The Wind Rises far more.