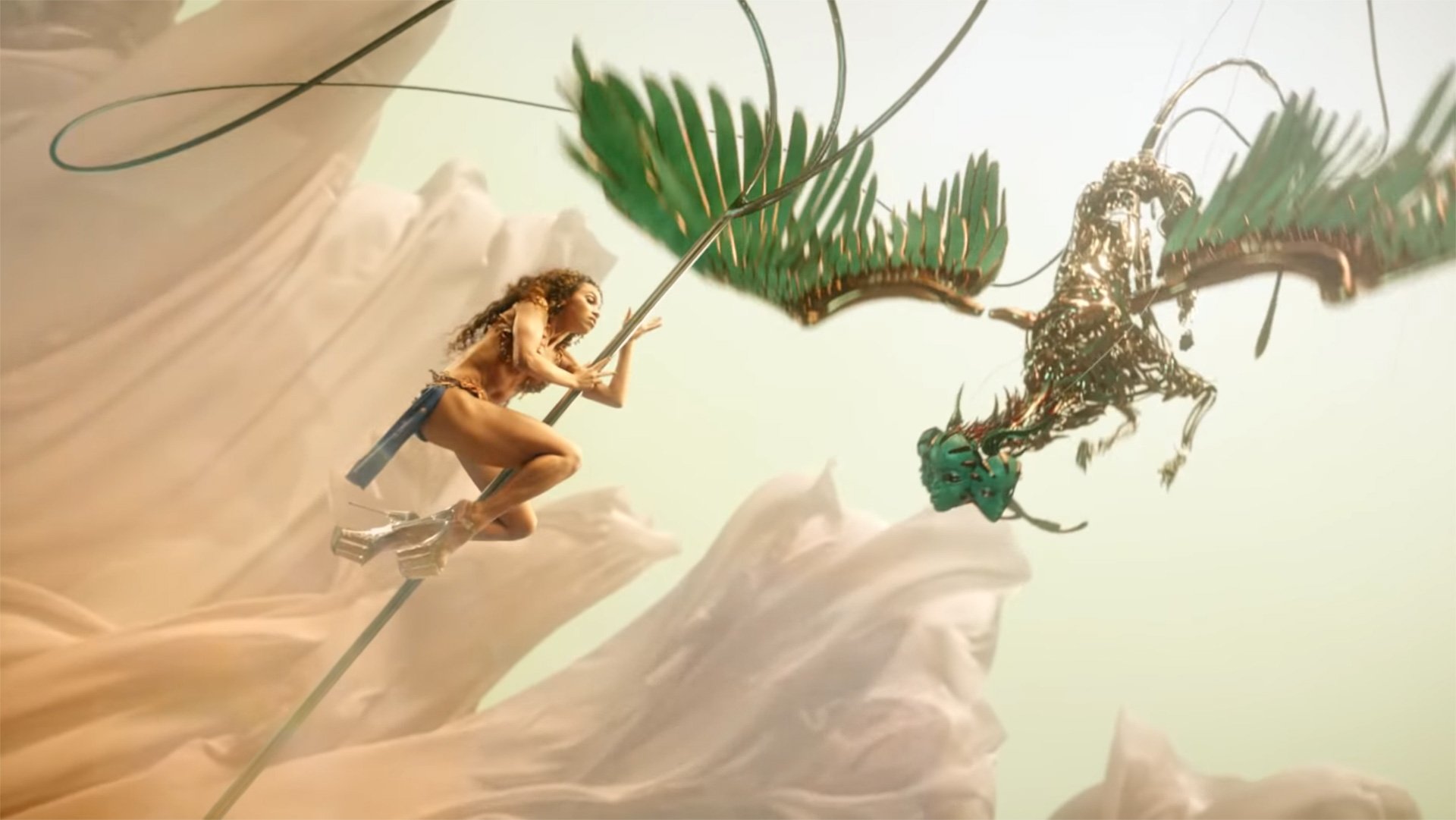 It’s all we at Pure Film Creative can do to keep up with scripted content, our core competency. The wonderful world of music videos is something we’ve left to the side. Honestly, they don’t pay very well. Good ones are expensive, few and far between. They’re more a transition medium for filmmakers looking to goose their reels, willing to work for nothing and call in favors. But when we do dip into YouTube for a gander, we’re always impressed with the evolving quality of this king of short-form media, along with fashion film.

FKA twigs gets our vote for the most-inventive, slickest, sexiest, and all related synonyms both obvious and obscure. She and her team put a lot of work into them, which deserves a lot of praise — like we’ve just said, these are mostly labors of love.

When we looked into our archives to find when we last reviewed music videos, the first that popped up was one from 2012 — this is PFC’s tenth year, thank you, thank you — about FKA twig’s allegedly abusive ex Shia LaBeouf and his dick. It seems it was a blatant attempt to boost our unique hits — back in our early days, the best way to bring people to the site and direct them to our meatier content was to post about celebrity dicks and tits. (We have no regrets about those shameless acts of objectification and titillation. They did the trick.)

Twigs should be proud of her portfolio of videos, a few of which she directed herself, at least in the early days of her career. Our list of favorites, in no particular order:

Holy shit: the styling; the lighting; the effects; the blade-whetting sound of those platforms. Made us hungry for a great steak after great sex. Director: Andrew Thomas Huang

Tarantino meets Won Kar Wai. That might be a collab that needs to happen, but their respective egos would be magnets of the same polarity repelling each other. Director: Hiro Murai

This was our intro to Twigs back in 2014. She’s clearly evolved since then, but it’s better in retrospect than we thought it might be. Trivia: Did you know that the nickname Twigs is because of how her joints bend and crack? Director: Nabil.

Not as strong as the others, but still art. And proof that she has the germ of a good director in her. Director: FKA twigs

More early work of her own. It’s a little rough, but the imagery still qualifies as fine art. Director: FKA twigs

The Hidden Brilliances of Ridley Scott's 'Raised by Wolves'